Working on the Computer of the Future 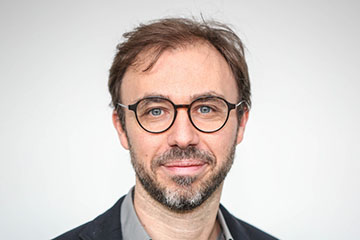 The working group led by experimental physicist Professor Mirko Cinchetti from TU Dort­mund Uni­ver­sity is to receive EU funding of almost a million euros for re­search into new technologies that could in fu­ture revolutionize computer processors and data storage media.

In the frame­work of its “Horizon 2020” program, the EU has approved re­search funds of over € 6.5 million for two in­ter­na­tio­nal re­search projects involving Dort­mund physicist Professor Mirko Cinchetti. Of this total sum, his re­search group at TU Dort­mund Uni­ver­sity will receive more than € 900,000.

The two projects have been allocated funding in the FET Open category, which is open to all topics and makes funds available for high-risk scientific and technological re­search projects at a very early stage. The call, as it says, is particularly aimed at re­search projects with “radically new ideas” for “break­through technologies”.

“With the SINFONIA and INTERFAST re­search projects, we want to explore potential applications of molecular systems in the field of electronics and computer technology,” explains Professor Cinchetti. The objective of the projects is to advance existing concepts from basic re­search in the direction of possible applications. In this way, they could later be used in commercially available electronics with the help of technology multinationals.

The work conducted by Professor Cinchetti and his in­ter­na­tio­nal colleagues within SINFONIA could contribute to a more efficient technology superseding – in the long term – semiconductor technology, which has formed the basis for the processors in our computers for many decades. The re­search team plans to produce hybrid structures from mol­ecules and antiferromagnets, which can be used as logical computing circuits in what is known as magnonics. In comparison to conventional semiconductor technology, magnonics circuits have the advantage that no electrical current flows through them. As a consequence, they have a very low energy demand, generate hardly any heat, and can work substantially faster. This should facilitate the development of considerably more powerful processors.

Within the INTERFAST proj­ect, the researchers are also endeavoring to develop the foundations for a new data storage technology. Compared to conventional storage methods, this should be characterized by a significantly higher in­for­mation density.

Due to the large number of proposals, the probability of receiving FET Open funding was under 10 percent – only 58 of the 902 projects for which a proposal was submitted were awarded funding.

Apart from TU Dort­mund Uni­ver­sity, numerous other re­search in­sti­tu­ti­ons from Italy, Spain, France, Ireland, Slovenia, and the United Kingdom are participating in the two projects. Their joint work within SINFONIA started in April 2021 and is to last four years. Professor Cinchetti’s re­search group has € 500,000 at its disposal for this. Then, one month later, May 2021 will see the start of INTERFAST, which is planned as a three-year proj­ect. The researchers from Dort­mund will receive a further € 400,000 for this proj­ect.