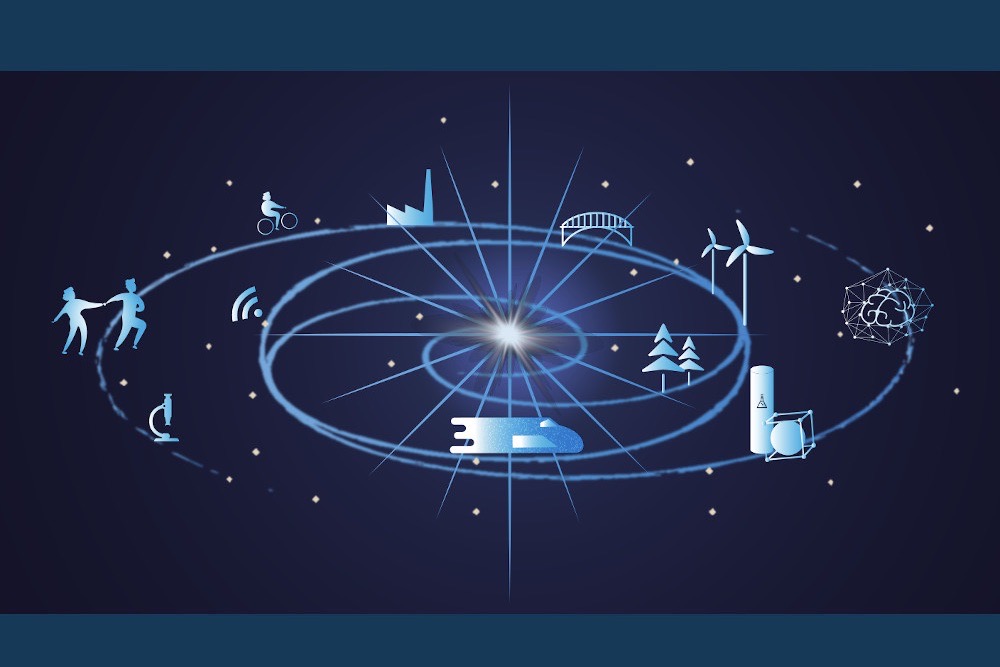 They are printable, flexible and do not require a chip: Radio labels based on silicon nanoparticles from the NanoEnergieTechnikZentrum (NETZ) at University of Duisburg-Essen (UDE). They were developed in the "DruIDe" project, which is led by four UDE engineers. DruIDe has now been nominated for the EU "REGIO STARS 2020" award. The final decision is made by online voting.

In future, chip-less labels made of nanosilicon will make it possible to detect entire carloads with a single scan. With the barcodes commonly used up to now, each package must be recorded and scanned individually. But the new technology not only makes life easier for logisticians and parcel carriers, it also saves a lot of material: trees. Because, unlike barcodes, the RFID label ("radio-frequency identification") is reusable, and so is the parcel. Since it does not require a chip, its price is around €0.01, which is around five times less than its conventional counterpart.

Now the project, headed by Professors Niels Benson, Thomas Kaiser, Daniel Erni and Roland Schmechel - three of them from the Center for Nanointegration Duisburg-Essen (CENIDE) - has been nominated in the category "Industrial transition for a Smart Europe". The team includes five other institutions, including the University of Twente (Netherlands).

The REGIO STARS Awards are presented annually by the Directorate-General for Regional Policy and Urban Development of the European Commission. The aim of the competition is to identify best practice in regional development and to reward innovative EU-funded projects that can be attractive and inspiring for other regions and project managers.

The jury will select up to five finalists per category, which will be announced on 9 July.

To vote: https://regiostarsawards.eu (DruIDe is in the first, yellow-orange category; click on the heart to vote)